Texas Tech now has eight straight wins, including three series sweeps, bringing their total up to 22 wins on the season and only four losses.

Their latest victim were the Wichita State Shockers this weekend, who lost in three consecutive games to the Red Raiders: 10-5 on Friday night, 4-1 on Saturday night and 3-1 on Sunday afternoon. 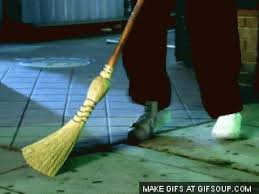 The starting pitchers for Texas Tech went for 16 and 2/3 innings, 18 Ks and only one earned run. That's pretty dang good.

The bats also showed up this weekend. Hunter Hargrove was 7-13. Grant Little was 5-10 and Tanner Gardner went 4-10 with three walks.

5 Things We Learned About Texas Tech Baseball in 2017
NEXT: Patrick Mahomes Hangs With Fans at Lubbock Applebee's
Categories: Sports
Comments
Leave A Comment
Mark Adams Is Building an All-Time Texas Tech Monster Roster
Video: Texas Little League Umpire Assaulted After Tossing a Coach
Why I Believe the 2021 Sod Poodles are a Better Team Than the 2019 Sod Poodles
Amarillos High School Football Week 4 Recap
Patrick Mahomes Named the Number 1 Player in the NFL
5 Parents We HATE At Youth Baseball Games…I’m One Of Them
Some Famous People From Amarillo Include These Olympic Athletes