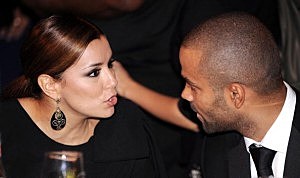 As the year comes to an end, we tend to look back on the past year's events.  As I look at the celebrity news, I noticed there were a ton of divorces and break-ups in 2010.

So the question that comes to mind is why do celebrities get married if they are not going to work to make it work?  It seems like the main reason is irreconcilable differences.  What does that mean?  Marriage isn't always going to be chipper and happy.  In order to have a good marriage, you have to work at it.

I think celebs get married just to have a wedding.  Look at the recent splits.  Eva Longoria has been married twice and both ended in divorce.  Kelsey Grammer has been married three times and ready for his forth.

Come on people.  Don't get married unless you're willing to work on it!!  Marriage is suppose to be a sacred thing, I guess not in Hollywood.