For the first time in the history of Texas Tech baseball, the Red Raiders swept the Texas Longhorns.

In the first game, Davis Martin pitched 6.1 innings of two-hit, one-run baseball before Parker Mushinski and John McMillion shut down the longhorns for the rest of the day. Michael Davis and Michael Berglund carried the squad offensively with an RBI a piece as the Red Raiders won 2-1. 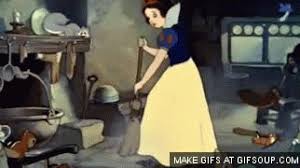 In the second game, Steven Gingery started slow, putting four Longhorn batters on base for free before settling in for six complete innings of two-hits, one-run baseball. Michael Berglund got his second RBI of the weekend in the third inning along with Josh Jung, putting the Red Raiders up 2-1 in the 2nd inning. That score would hold the rest of the game.

In the third game, while going for the sweep, the Longhorns jumped out to an early lead. However, the Red Raiders tied the game up at 3 in the top of the 3rd, before exploding for four more runs in the 4th inning. Michael Berglund added his 3rd RBI of the weekend in the Sunday afternoon contest. Berglund now has an RBI in every Big 12 game he's ever played.

Orlando Garcia got his 4th HR of the season, while freshman John McMillon knocked his first of the year out of the park.

Ryan Shetter pitched the first four innings of the game, giving up three runs before getting relief from assorted Red Raiders. Then, Dylan Dusek came in to shut it down for the final three innings of the game, allowing no runs or hits and adding a strikeout to his season totals.

After the sweep was completed, the Red Raiders were moved to number 3 in the national rankings and number 1 in the Big 12.

All in all, it was a great weekend to be a Red Raider.